Feel free to contact us for any enquiry you may have. We will answer your query in a timely manner. Alternatively, you can contact us by phone or you can drop by for a quick chat. 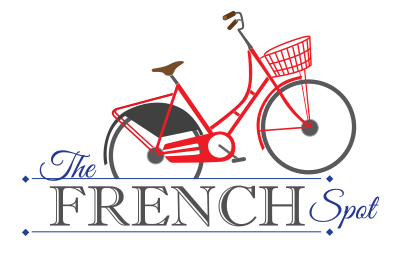 Living in Sydney? If you are interested in French language and French culture, this is the right spot for you!

Living in Sydney? If you are interested in French language and French culture, this is the right spot for you!

Marie is a French native teacher, born and raised in Paris. Holding a Master's Degree in Linguistics with French as a Second Language as an option from Sorbonne Nouvelle University. French language has (nearly!) no secret for her, and she likes to share her passion and curiosity for languages.

After teaching French at the University of British Columbia Okanagan in Canada, where she was in charge of conversation classes, grammar classes and regular French events, Marie decided to start a new adventure in Sydney, where she taught children, teenagers and adults at all levels, privately but also at Sydney Community College and City East Community College.

Marie is the French cliché: she loves shopping, wine and cheese, however she is dead scared of frogs!

Her current domains of expertise are: French for Adults and French for Teenagers, including HSC and IB.

Nathalie is a native teacher of French who is accredited with the NSW Teachers Institute. She holds a Master's Degree in French literature and modern languages as well as a Diploma of Education from France. She spent several years teaching high school French to students in France and Germany. She also taught French to adults at the Centre de Linguistique Appliquée in Besançon and at the Alliance Française in Sydney.

She is also a trained French Linguistic Attachée from the CIEP and worked for the French Ministry of Foreign Affairs as the course director of the French Cultural Centre in Amsterdam and the President of the jury for the TCF, DALF and DELF diplomas in the Netherlands. She also worked as a French language advisor and teachers trainer in Western Australia with the Education Department, the Association of Independent Schools, the Catholic Office, the Teachers of French Association, and the Alliance Française.

Nathalie is passionate about teaching practical French in a fun and relaxed, but also effective way. She loves meeting people from all horizons and sharing her knowledge of French culture.

Her current domains of expertise are: French for Adults, Travel French, Business French, French for DELF and DALF.

Mathilde was born near Paris, more commonly referred to The City of Lights (La Ville Lumière). After she completed her Art History degree in 2007 at La Sorbonne, she began to travel the world.

She arrived in Australia in 2014 and started to study in order to become a qualified teacher of French. She is now an experienced native French teacher, working with students of all ages, but finds her experience working with children the most rewarding. Her creative personality is reflected in her classroom, where she creates a special space for learning, fun, creativity and safety.

Mathilde likes all types of French food (except for blue cheese!). She loves Francophone singers, especially Camille and Jacques Brel, and she has a passion for European art, above all for Cubism or impressionism.

What is our method?

The French Spot touch is based on a strategy of teaching that stimulates all the skills necessary in the language acquisition process: listening, speaking, reading and writing. We favor a task-based approach where students collaboratively perform tasks within a socio-cultural environment. Interaction is key to learning and we believe a language revolves around its culture, that's why we aim at incorporating cultural content into our teaching activities. France is just around the corner!

The younger ones are also welcome to our language center. Game-based learning has proved to be the most effective way to learn a foreign language, so let's have fun in French!

The French Spot guarantees quality, availability and variety. Check our French courses section for more details about the classes available.